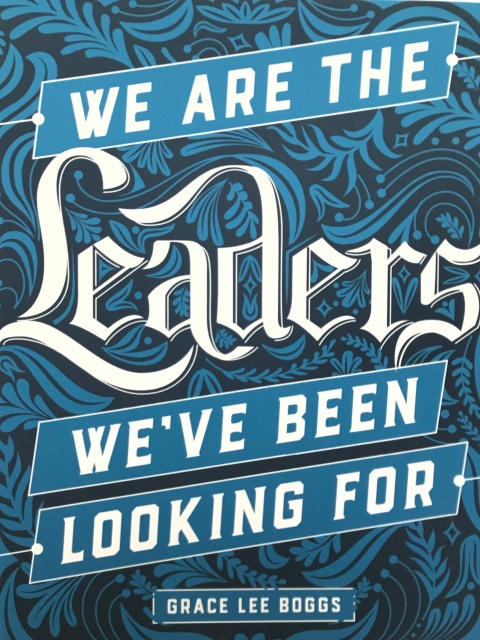 On Tuesday we had a primary election in Minnesota and the turnout was 22%.  It was 22.7% to be precise. The social media wanna-be pundits (like me and basically every person anywhere on the internet) are claiming on the one hand that it’s the 2018 Minnesota Miracle, because this was the highest turnout for a mid-term primary since 1984; and on the other hand a cross-between Eeyore (“Oh gee people, I’m so sad, where were you, don’t you know that if you don’t vote we’re all gonna die”), and Rambo (“You bastards should die, why the hell didn’t you vote”).

The truth is probably somewhere in the middle.

If you’re complaining today that the 22.7% turnout was abysmal, it could mean that you’re paying attention, or maybe you’re just a political junkie who eats this stuff up. I’m sure many of us weren’t boo-hooing in previous years when the turnout was worse. So at least now we’re boo-hooing.

There must be data on this, but my guess is that historically people don’t bother to vote in the primary unless: 1) they feel the obligation to always vote; or 2) they have a candidate that they are strongly supporting. Even people who always vote in general elections may not care that much about who the candidate is if they always vote party line. So they let primary voters choose the actual candidates. And let’s admit it, it takes work to be an informed voter, and in primaries you’re picking from your own team – like choosing which of your friends you like the best. It takes work, and we tend to be lazy creatures.

I was happy to help choose the Democratic nominee for governor because I actually have (er, had) one in mind that I thought would make the best governor (she lost). You get it.

But we do have a civic engagement problem in this country. People don’t vote, they don’t think their vote matters, it’s hard to vote, it’s complicated, they forget, etc.  We need to do better. And Good Lord people, if you’re not voting now AT THIS POINT IN OUR COUNTRY, when will you?

Eeyore and Rambo over.

Onto the 2018 Minnesota Miracle.

We did do better. A lot better.

My story starts in the summer of 2016 when I had the gnawing feeling that I should do a little bit to help get Hillary elected, besides voting for her. I lazily “tried” to get involved, but never did much. Actually, I did nothing.

On November 8, 2016 (election day) I was having dinner with my friends Greg, Christine, and Liesl, and we were looking forward to the morning when we would learn that Hillary would be our next president.

We know how that turned out.

Fast forward about a year to when I met Erin Murphy, and decided to volunteer for her campaign.

My story is the story of thousands of people in Minnesota who found a candidate they really believed in, that they really really (yes, really) wanted to win! They were motivated, and they got to work. And though I supported Erin, I know that Tim Walz had strong supporters, and so did candidates all over the state running in local, state, and national elections. These supporters figured out that they cared enough to make phone calls, and door knock, and register voters.

And they did things that no one told them to do. They called or texted their friends – “Hey, don’t forget the primary is coming up, and I’m voting for Erin, and here’s why.” They wore their heart on their sleeve (in the form of a campaign button on their chest, or maybe a bumper sticker. On their car, not their chest.) and used it as a chance to spark conversations in the grocery story or at Target. They posted on social media (possibly to the irritation of some who are tired of Facebook getting so political) to get the word out.

I door-knocked for the first time and talked to people who didn’t know who the candidates were, or didn’t really even know what a primary was, so they got a little education on the electoral process from me. (I realize now that not everyone is a political junkie.)

I know people who never voted in a primary before, who voted this time. There IS a wave. And people HAVE woken up. And people DO care. And those people who worked hard motivated people to vote who otherwise wouldn’t have.  And that matters. And 22.7% is pretty damn good. We are solidly above average.

The mid-term election on November 6, 2018 (mark your calendars please) may very well be the most important one of our lives, and I’m not just playing the drama card. We are off and running and there are lots of good candidates to support and vote for. No matter who wins or loses, I’m going to be able to say to myself “I did everything I could.” No regrets this time. Too much at stake.